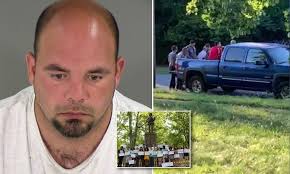 An “admitted” Ku Klux Klan leader who drove a vehicle into a crowd of peaceful George Floyd protestors in the US state of Virginia is being investigated for possible hate crimes, a county attorney said.

The man has been charged with several offences after he “recklessly” drove into a crowd on Sunday, Henrico County’s Commonwealth Attorney Shannon Taylor said in a statement posted on Twitter.

US media reported one protester was injured in the incident near Richmond. The person was checked at the scene by emergency responders and refused further treatment.