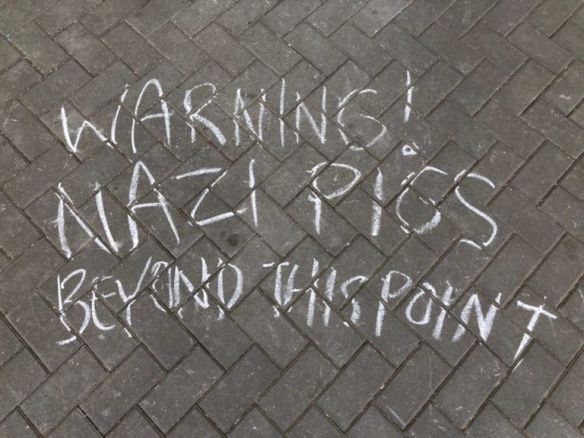 On May 31, President Trump (or his people) tweeted: “The United States of America will be designating ANTIFA as a Terrorist Organization.” Attorney General, William Barr, said: “The violence instigated and carried out by Antifa and other similar groups in connection with the rioting is domestic terrorism and will be treated accordingly.”

Trump and Barr were referring to the Antifascist collective that has supported the ongoing, international Black Lives Matter (BLM) demonstrations. Mary McCord, an ex-Department of Justice official, reminds Trump that “no current legal authority exists for designating domestic organisations as terrorist[s].” At the time of writing, Trump has taken no action to officially designate Antifa a terror group.

Antifa is a leaderless, direct action platform, making it unusually easy for police, intelligence groups, and rival organizations to infiltrate and frame for violence. For example…