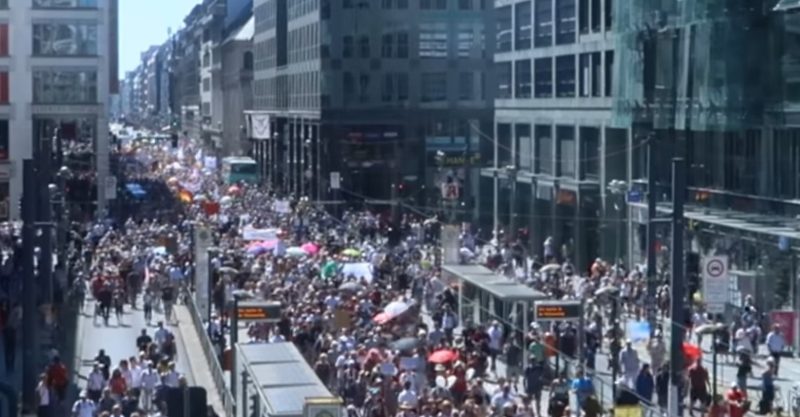 A Letter From a Friend in Germany

As you have already heard, there was a massive protest in Berlin August 1, 2020. I have been waiting to report on it until I had a complete picture about it and what happened afterwards.

Health freedom was a big part of the protest —  more and more people are waking up to the fact that they do not want to be guinea pigs for Gates’ experimental vaccine. But it was also mainly about our freedom and human rights, against draconian measures put on us by the government, against lockdown, social distancing and masks.

The numbers that were reported vary greatly. The mainstream media in collusion with the Berlin mayor tried everything to cover up and lie about it. They snapped a picture of the “protest” in the early morning, many, many hours before it actually…