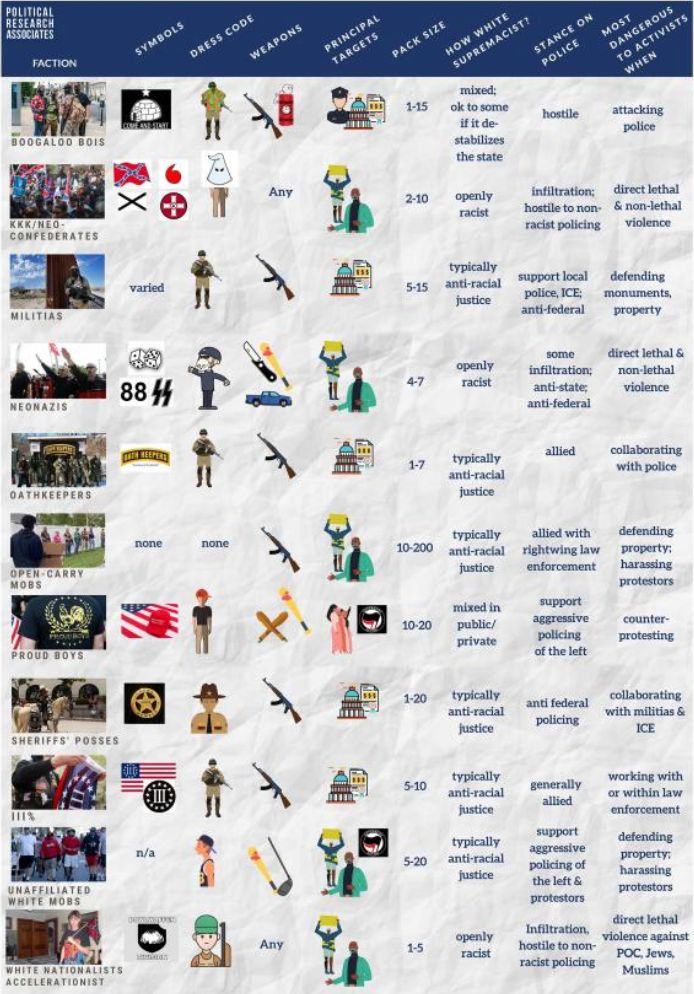 “Wipe ’em off the fucking map,” the same officer said. “That’ll put ’em back about four or five generations.”

A report published this week by former FBI agent Mike German, now a fellow at New York University’s Brennan Center for Justice, documented how police ties to “white supremacist groups or far-right militant activities” have been uncovered in over a dozen states since 2000.

YES: White Vigilantes Have Always Had A Friend In Police | HuffPost