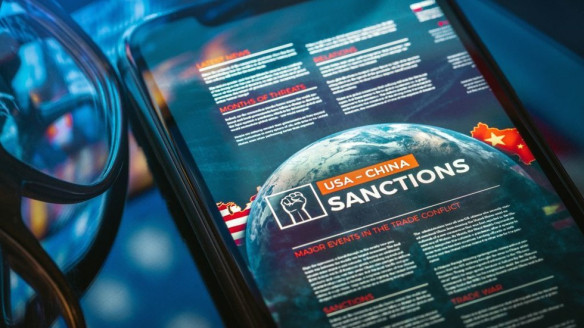 Beijing has fired a warning to the US over its arms sales to Taiwan with a new round of sanctions. The move is symbolic for now, but if China wants to get tough it really could hammer the supply chains of the impacted companies.

On Monday afternoon, China’s Ministry of Foreign Affairs announced that Beijing would be placing sanctions on a number of US firms and linked individuals over arms sales to Taiwan, with Washington having approved a record sale worth around $5 billion to the island the previous week.

The listed companies included Lockheed Martin, Boeing Defense and Raytheon, striking at the heart of what is often referred to as ‘America’s Military Industrial Complex’. However, what the specific measures mean, how they will be implemented and what their impact might be remains to be seen.